"Ibsen’s Theatrical Language: The Play as a Socio-Spatial Scenographic Promptbook and Some Israeli Adaptations" 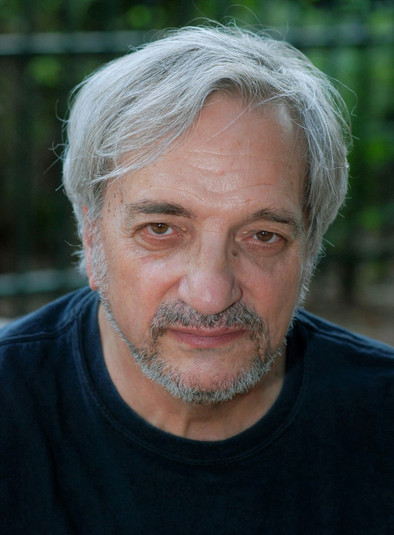 "Ibsen’s Theatrical Language: The Play as a Socio-Spatial Scenographic Promptbook and Some Israeli Adaptations"

Gad Kaynar-Kissinger is a retired Associate Professor at Tel Aviv University, where he also served as Chair of the Theatre Arts Department. He has been Visiting Professor at Hebrew, Munich LMU, and Venice International Universities. He was the Chairman of Israeli Society for Theatre Research, and currently serves as the President of the Israeli Centre of the International Theatre Institute (I.T.I.) He has published numerous articles on such topics as Dramaturgy, Israeli, German and Scandinavian Drama, Jewish Theatre, Holocaust Theatre, Theatre and Education, and Acting and Directing Theory. Recent publications include: The Cameri Theatre of Tel-Aviv (Cameri Theatre, 2008); Another View: Israeli Drama Revisited with Zahava Caspi (Ben Gurion University Publication, 2013); Habima: New Insights on National Theatre, as co-editor (Resling, 2017); as well as chapters in The Routledge Companion to Dramaturgy (Routledge,2015) and New Dramaturgies: International Perspectives (Methuen, 2014).

Kaynar has been editor or co-editor of books on Sturm und Drang, Brecht and Ghelderode. In 2004 and 2010, he won grants from the Israel Science Foundation (for researches on Pragmatic Dramaturgy and Political Theatre). He is co-editor of the quarterly Teatron. For over 25 years Kaynar was dramaturg in residence and head of the pedagogic department of three major Israeli repertory theatres: The Habima Israel's National Theatre, The Cameri Theatre of Tel Aviv and the Jerusalem Khan Theatre, and curated several festivals in Israel and abroad. Kaynar is a stage, TV and film actor, poet, and translator of 70 plays from English, German, Norwegian and Swedish. For his Ibsen translations and research he was designated in 2009 by the Norwegian King as “Knight First Class of the Royal Norwegian Order of Merit.”

Abstract:
The lecture explores the spatial stage instructions in Ibsen's 'realistic' plays – predominantly reified through the test cases of A Dollhouse and Ghosts - embedded in the contextual reality-convention of the works' conception, as predicting and generating from the outset the ontological and teleological status of Ibsen’s dramatic text as a prescriptive dramaturgical and scenographic director’s promptbook. The main argument suggests that the expository stage instructions are based on synesthetic, semiotic, rhetorical and cybernetic codes aimed at flattering the consumers' prestigious commodity and behavioristic preconceptions by confronting them with dollhouses in the literal sense in as paradigmatic extra-theatrical theatrical spaces. The set that eventually acquires an autogenetic existence, development and function, dictates both the course of the theatrical text's process and its thematic references according to its mise-en-scenic and mis-en-abymic layout. It is thus based on a rhetorical deceit that will support the play in refuting from within the utopic initial impression and the ethos that it imbues. These observations are well reflected in the four Israeli professional productions and a university version of A Dollhouse in which through a slow process of neo-expressionist abstraction and a gradual deconstruction, the physical realistic representation of the male bourgeois’ society turns into the female-oriented externalization of Nora’s soul drama.