"By Means of Touch. An Interdisciplinary Study of Dance and the Haptic Presence" 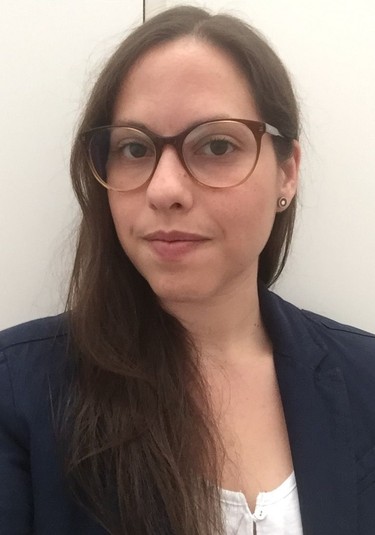 "By Means of Touch. An Interdisciplinary Study of Dance and the Haptic Presence"

Sofia Muñoz is anthropologist by the Universidad Academia de Humanismo Cristiano and Bachelor in Performing Arts by the Universidad Mayor. She worked in different research projects in Chile, focused in anthropology and performing arts. She worked as professor assistance at the University as well, focused in anthropology of the ritual, semiotics and linguistics, philosophy and history of performing arts. On the other hand, she worked for eight years in a Chilean contemporary theatre and dance company called Teatro Kapital as a performer, and in 2014 codirected a dance performance called “Solido.” Currently, she is carrying out a cotutel (doctoral joint supervision) between the Ph.D. in Philosophy, aesthetics and art history of the Universidad de Chile and the Ph.D. in Theatre Studies of the Ludwig-Maximilians-Universität München.

Abstract:
Based on different dance works, my research aims to examine the relationships between the notions of touch and presence, considering an interdisciplinary dialogue between Dance and Theatre Studies, Anthropology and Philosophy, to propose the concept of haptic presence as a particularity of the body’s presence in the context of contemporary performances, considering as well the transformative role of new technologies.
The sense of touch is a fundamental element of dance and is recognized throughout its history, both in a physical and affective sense. As Gabriele Brandstetter (2013) notes, the ways in which this occurs can reveal much about the rules of contact and proximity in society. At the same time, dance has been immersed in different rules of contact and proximity as well, from classical ballet to more contemporary proposals. In dance, nevertheless, touch began to play a new role in the last decades, as well as in contemporary philosophy, sociology, and anthropology, where touching became a focus of renewed interest in the context of a systematic neglect, as Mark Paterson (2007) indicates.
From this perspectives I propose the notion of haptic presence to approach the implications that rethinking and reorganizing the haptic in the context of contemporary dance may have, considering the social and political character of the multiple reconfigurations of the sensible in connection with the bodily presence. In this sense, I propose both the emergence of a haptic presence and new emergences of the haptic, considering how the senses of touch “come to presence,” following Jean-Luc Nancy (2003), and where new technologies would play an essential role, offering new dimensions that could transform our sensitivity.