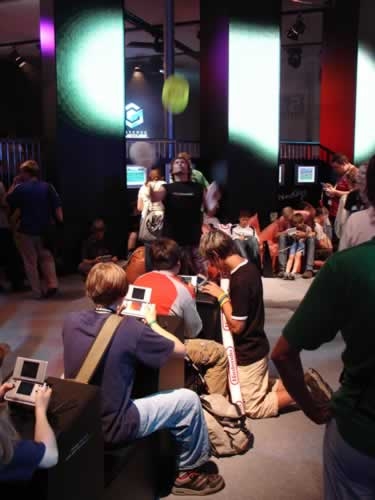 Mobile phones, handheld computer-games or portable music players shape modern culture in terms of mobility and connectivity. The perception of this type of objects shift from instrument, to aesthetic object and symbol of status – characteristics that can be considered as ‚gadgetry’. Unlike mass media interfaces such as the screen, mobile computers as gadgetry are much more personalized and stylized. At the same time, these new portable media are popular examples of a wider shift in media culture from form to formation, from aesthetic object of contemplation towards the distributed aesthetics. This projects engages with two intertwined hypotheses on gadgetry:

1) Since the advent of digital technology the term “new” has been increasingly used to determine the implementation of technical products or standards of communication. A closer look at the history of new media, e.g. the mobile phone or the Walkman brings to the fore a constant feedback of different actors which enables the implementation of products. This also includes the possible failure of setting a new standard. One may think of the first generation of mobile phones (Porties) with massive batteries built in or the short fashion of a telephone beeper. But there is also the effect of innovation without a particular new standard linked to it if we look at the success of the iPod or the Sony-Walkman for example. Both gadgets led to reverberations in fashion and popular culture in their times whereas the technology itself was not really new. A first analysis of gadgets thus would focus on the implementation of particular gadgets as “new media”. (Walkman 1979, GameBoy 1989, Mobile Phone (GSM) c.a. 1993, MMS/WAP 1997, I-Pod 2001, I-Phone 2007) How does design, marketing, criticism, acceptance in mass culture and art work together and how do they form a collective media praxis and foster the impression of the advent of new media?

2.) A second hypothesis aims at the performance through distribution within networks in terms of its effectiveness and efficiency. If it is true that networks are neither built up out of communication machines nor are they maintained through empirical subjects communicating via machines, then the notion of a network calls for a cultural theory encompassing both the world of the machines and the world of the subject (producer/user). Here the performance paradigm can help us to critically analyse how networks constantly rise and decay and how they cause effects such as gadgetry as a performative interface and a symbol of net culture.